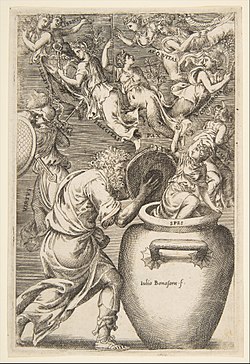 I was in the 4th grade when I got my first dog.

My dad took me to the city animal shelter and we chose an 8 week old male puppy. I named him Prince.

He was a German Shepherd and Border Collie mix and to this day the smartest dog I had ever met. His co-operation and herding traits were in evidence in everything he did.

Initially, we mistook his herding impulse for hating cats, when actually it wasn’t that at all. He would chase the neighborhood cats hoping to make them go where he wanted them to go. In the beginning, his instincts would disobey all our commands.

That was our fault.

He simply was waiting for our commands to co-operate with his skills/instincts.

Prince was training us.

Many years later my older brother found 2 very sickly kittens in a desert near our house. We knew our newest family members would be a challenge for Prince.

Not knowing how Prince would react to them, we decided to name them Kibbles and Bits.

As the cats grew older, they would become very different personalities from each other. Bits immediately became an indoor cat. She was the queen of every lap; sweet, delicate and very well self-groomed. And Kibbles not only became an outdoor cat, he became a dog.

Kibbles was so influenced by Prince that he started to do many things like him. Kibbles wanted to eat what Prince ate and eat when Prince ate. Kibbles would walk without a leash alongside Prince on his daily walks. And against his own cat instincts, he would not bury his urine and feces. Cause Prince didn’t. We did not train or encourage or reward Kibbles to behave this way.

Kibbles and Bits were the only cats my dog never chased. They never ran. No need to herd, they co-operated from the beginning.

Prince died at 14 years of age, it wasn’t long afterwards that Kibbles never returned to our house.

My family would wonder how Kibbles would survive in the outside world being part cat and dog. His instincts were feline and his conditioning was canine. Could he successfully be both at the same time?

I believe the answer to the “Larynx Position Debate” is…

Relative AND absolute.
(Thanks, Al. You started this!)

A vocal technique ‘Superposition’ of sorts.

I do not mean interchangeable nor do I mean flexible or neutral (whatever that means).

Relative is always in proportion to a whole and is dependent.

Absolute is the sum total of all existence and independent. Absolute is capable of being thought of or conceived by itself alone.

Factoid: a Superposition is the ability of a quantum system to be in multiple states at the same time until it is measured. Superpositions can never actually be observed – all we can see is the consequences of their existence, after individuals of a Superposition interfere with each other. Thus, we can never observe an indeterminate state, or being in two places at once, only the resulting consequences, and physical reality is not determined until the act of measurement takes place and “solidifies” the situation into one state or another.

A hierarchy controls from the top down and is static. Classically higher stages command or control the behavior of individuals at lower levels in a sequential order.

A holarchy has bi-directional interactions and is dynamic. Akin to networks, a holarchy exhibits complex relationships. Lower and higher stages influence each other. Most individual members are equal or nearly equal in their functions and properties.

Musculature and tissue are absolute to their composition. Then development and demand exist within that initial parameter to give rise to form. Nature will only permit what is allowable; no more, no less, and no mystery. Sort of.

The key is resting musculature and tissue, mind notwithstanding. Resting enough to satisfy the acoustic requirements of a style. Especially for non-amplified singing.

Structure is not enough. Conditioning can mean everything. Particularly in light of disobedience.

The survivors of the fittest can not let their minds and bodies have ‘off seasons.’ To participate at any level of demand, the mind and body must be maintained at the very minimum requirement. Otherwise, injury or worse – the inability to meet the necessary standards will exclude participation.

The aging process and gravity play roles as well.

“And I would have gotten away with it too, if it weren’t for you meddling kids!”
-Every unmasked Villain

There are no Scooby snacks to help solve these vocal mysteries or enhance the relative or the absolute of structure or function.

Are we creating standards of technique and/or style from singers’ limitations?

Can technique be learned at the same time as ANY style?

Is there a ‘vocal Superposition’ before muscular and neural path commitment?

Singers chase pitches and words hoping to herd them to where they want them to be. An impulse or instinct of disobedience. A singer’s co-operation and herding trait maybe in evidence in everything they do. Simply waiting for commands to co-operate with their skills/instincts.

Singers are training the industry.

The ‘vocal Superposition’ exists in science journals, treatises, studios, and most painfully in the deepest hopes and heartfelt dreams of those singers in that briefest of moments, unobserved before the lid is lifted.

Technique and style can be both dead and alive at the same time.

All we can see are the consequences of their existence, after they interfere with each other.

And they do interfere with each other.