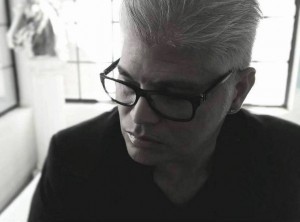 Personally selected and endorsed by Maestro Seth Riggs to be his Associate in 1991, Greg Enriquez is regarded by several Entertainment Professionals to be the most effective and commercial Vocal Technique Instructor in Las Vegas. He has successfully coached hundreds of singers, dancers, and actors in every aspect of musical performance.

Though Enriquez maintains an active teaching schedule at his private studio in Las Vegas and at Maestro Riggs’ studio in Los Angeles, he travels throughout the world as a Guest Lecturer and Teacher in Vocal Therapy and Singing Technique.

In the field of Opera, his pupils have won scholarships to several institutions including The Boston Conservatory.

His Musical Theatre students include the youngest singer to play Sandy in Grease on Broadway (Lindsay Korman of NBC’s Passions).

He was a special contracted Vocal Consultant for Solange Knowles (Columbia Records), the Tommy Hilfiger Britney Spears…Baby One More Time Tour, HardRock presents Hole…Celebrity Skin Tour (Courtney Love), BLAQUE (Columbia), Creations du Dragon (Celine Dion), as well as for the multi-million dollar productions Mystère (Cirque du Soleil) at the Treasure Island, Starlite Express at the Las Vegas Hilton, Legends in Concert at the Imperial Palace, Zumanity (Cirque du Soleil) at the New York-New York Hotel, Splash at the Riviera Hotel, Notre Dame de Paris at the Paris Resort, the Penn & Teller Show for FOX, the Havana Night Club, We Will Rock You at the Paris Resort, and LE RÊVE at the Wynn Resort.

In the area of Popular Music, many of Greg’s students are currently working Production Deals with industry giants such as David Foster, Quincy Jones, Mike Post, Humberto Gatica, Mercury Records, EMI-Latin, and Sony-Japan.

He also has assisted numerous physicians who specialize in organic and functional disorders of the voice in Vocal Therapy. Greg holds the highest level of certification (5) and is a founding member of the Instruction Management Team for Speech Level Singing International overseeing teacher certification.